We’ve like to brag that we raised air mattress research to the level of SCIENCE here at 3Beds. But beyond the bragging is the fact that we really take all things air mattresses very seriously.

Inflatable furniture has gone a long way from being a floating device for our beach trips and is quickly pushing it’s way from alternative options to mainstream. The numbers are a reflection of that. An air mattress is not only an option for your cabin, crashing at friends house or as a guest bed for our parents in law. Simply put, the most durable air mattresses are made of the thickest PVC. 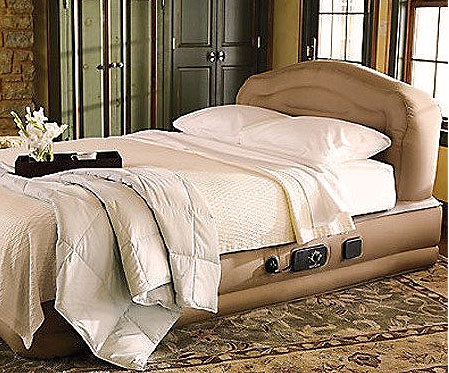 Air mattress as a part of a permanent bedroom setting

Today, a lot of people are using inflatables as an every-day, permanent bed, and that adds weight to some of the burning questions surrounding air mattresses and the materials they are made of.

Let us address these here and eliminate the confusion once and for all.

Air mattresses still haven’t earned full trust of people, even if you get one, there’s a little voice in the back of your mind wondering if airbed is a safe choice. If we’re honest, not even regular mattresses still have . We’re all witnessing the increasing amount of harmful chemicals found in regular or memory foam mattresses, so it’s not all that black and white as you might think.

What are we saying here???

We’ll be pretty blatant about the whole thing and go as far as to claim air mattresses have (surprisingly) lower amount of harmful chemicals than regular mattresses. This is especially true for memory foam mattresses, the off-gassing of the two cannot even be compared. Take a look at the following graph that illustrates how an air mattress compares to other mattress types in that regard:

What’s the reason behind the low chemical evaporation in an airbed?

Because they don’t need as much chemicals in manufacturing. As simple as that.

The only thing a good air mattress needs is a fire retardant coating to make it inflammable. Other than that, it’s pretty much all “this rubber or that rubber”. Of course, the companies need some chemical compounds in the production of the very materials we’re using when making an air mattress, but we’ll talk about those in just a second.

The question “are air mattress materials dangerous?” and “is PVC dangerous?” are pretty much one and the same question. Air bed and inflatable furniture, in general, today are predominantly made of PVC, which stands for Polyvinyl Chloride.

It features many benefits, but also some things we need to be on a lookout for. We’re never twisting the uncomfortable details here at 3Beds, so we’ll just spill it as it is.

As you probably imagine, this is not a yes or now question, so giving a proper answer will take a bit of an effort.

PVC is one of the 3 most commonly used plastic POLYMERS, and we can find it pretty much anywhere. It was heavily used in air mattress production before, but manufacturers are slowly starting to explore alternative options. It’s important to note that both cheap and luxurious models featured PVC, so the price tag wasn’t at all the deciding factor.

So, there were some problems with PVC in rubber air mattresses, but we’ll get there soon enough.

Let’s go over a few of the advantages of an air mattress for starters:

Other side of the medal – some potential dangers

If things were so gloomy, this website wouldn’t exist in the first place.

So, there ARE things we can do.

In the last decade or so, Eco-friendly PVC hit the market, and air mattresses followed every step of the way, which made it a much safer choice. 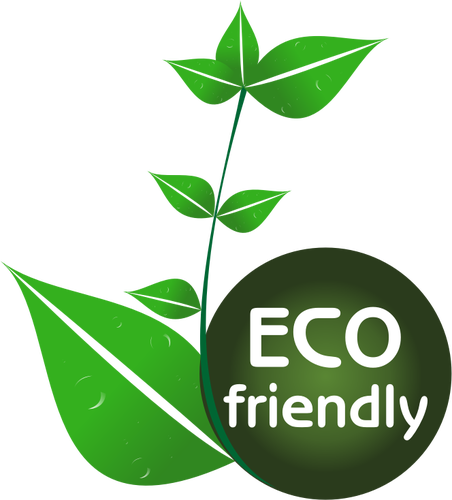 What does ECO-FRIENDLY stand for?

The most often asked question is whether these mattresses are made of PVC or not since naturally, everybody assumes they’re not. Well, they are.

So, WHAT’S THE DIFFERENCE?

The difference lies in the compounds used to give natural plastic its elasticity/softness. As we already said, PVC is inherently not toxic once it gets where it needs to be. The problem were plasticizers, namely phthalates.

So, once you hit the stores searching for a new air mattress, or decide to order it online, just look for a tag that says “phthalates-free” or “Eco-friendly”. That’s how you can be sure you’ve made the right choice. 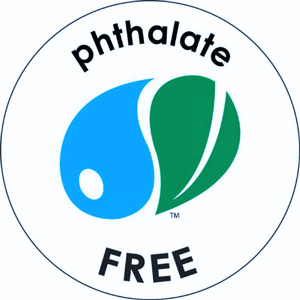 We hope we helped put some things into perspective today.

Just keep on looking for those phthalates-free tags and you can’t go wrong.